The Demands of a Lions Doctor

Dr James Robson tells lionsrugby.com about the unique demands of keeping the squad in one piece across an arduous tour. [more] 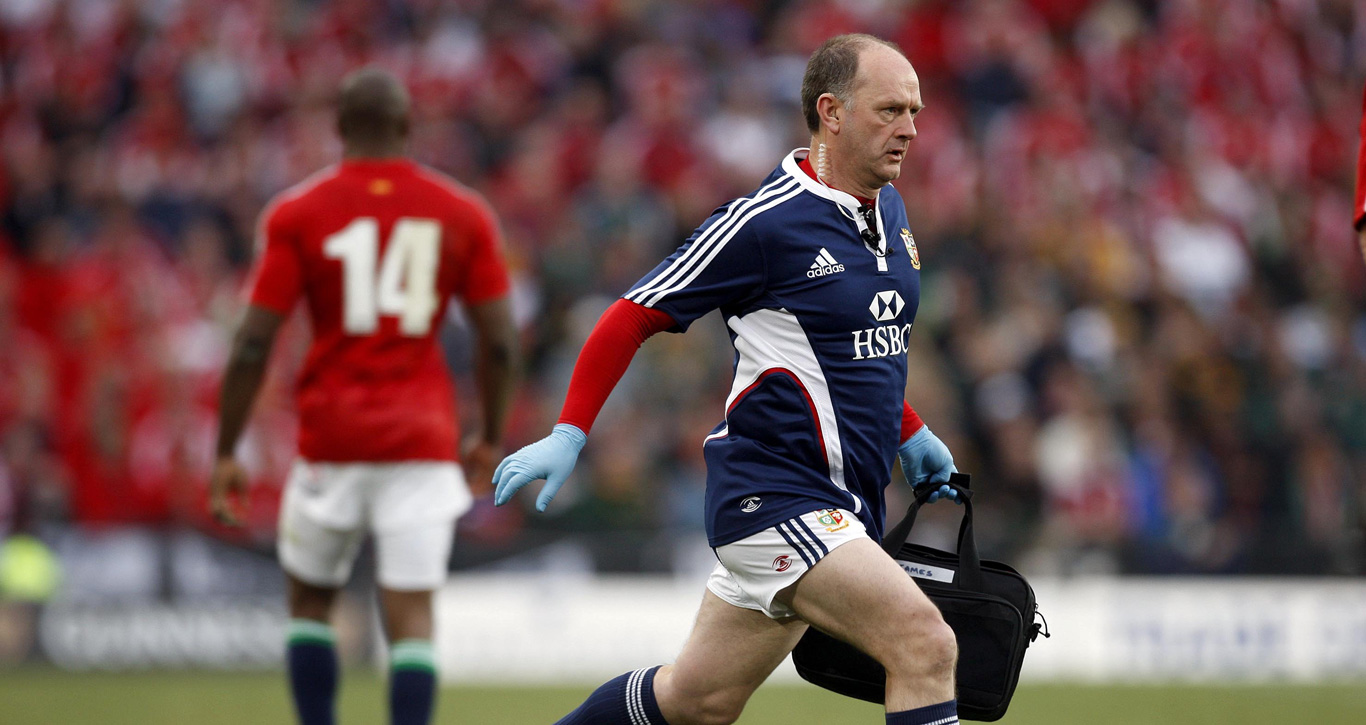 Dr James Robson tells lionsrugby.com about the unique demands of keeping the squad in one piece across an arduous tour.

For the medical team on tour, looking after the Lions now involves much more than carrying a bag of sticking plasters and a bucket of ice. The doctor’s remit runs from dealing with match day injuries to tending everything from insomniac players to ailing journalists – and even watching out for deadly wildlife.

The Lions did not actually take a doctor with them until 1980, before which they had to turn to medical men amongst the players for makeshift treatment and advice.

But by 2001, the medical team comprised doctor James Robson, physio Mark Davies and masseur Richard Wegrzyk, and is likely to grow again for the 2005 tour.

The medics’ role now goes way beyond simply ministering to the sick and wounded, as their unique position makes them vital to the whole team-building process.

James Robson, honorary doctor to the 1993, 1997 and 2001 tours, explains: "As a medical team you tend to see everybody. The coaches are dealing with the players as a group, whereas the doctor tends to see them as individuals.

"So it’s incumbent on the doctors as well as the more senior figures to help gel the party together – there are very few tours where someone will have had had no contact with the doctor."

There is also more to the job than simply dealing with injuries as they happen. Local conditions can be just as big a factor in the medical team’s planning as the ruggedness of the opposition.

Dr Robson says: "One of the main challenges of the 2001 tour were the distances we covered, because for every hour you change through the time zones you need a day to recover.

"We also had some pretty reasonable heats to start with, particularly in Townsville, and Australia has some of the most venomous animals in the world to watch out for.

"I remember at a training session one of the players sitting down by the side of the pitch and leaping up with a yell, saying they had been bitten.

"We found several ants there but you immediately thought of redback spiders! Just because you’re training for a rugby match doesn’t mean a spider won’t bite you."

The medics’ day on tour usually runs from 6am to midnight , beginning with a breakfast discussion of the demands of the day ahead followed by rehabilitation work with injured players before preparing and strapping the fit for training.

The doctor is needed to cover all squad sessions, which can be twice daily, and more strapping duties are required for afternoon weight training, as well as almost perpetual rounds of massage and rubs.

Dr Robson says: "Then, in the evening, there may be a management meeting, more rehab work or the need to liaise with the media officer if there’s a medical matter in the headlines.

"Finally, you won’t get through a tour without a crisis during the night. We’ve had a couple of bad asthmatic attacks – or maybe someone just needs a sleeping tablet. They all say: ‘you weren’t asleep were you, doc?!’

"You are permanently on-call; only the manager, head coach and doctor are never off-tour. It’s hard work but the rewards are an equal balance because the buzz of being on a Lions tour is incredible. The workload isn’t a hardship."

The speed with which players recover from the injuries that are an inevitable fact of Lions life is not entirely within the doctor’s control, however. Experience has shown Dr Robson that different people react in different ways.

"Some players respond very positively and will wake up every two hours in the middle of the night to ice their injury," he says. "Then there are others, often with lesser injuries, who lay down and play dead, although that is less and less the case now.

"The modern professional has gone the other way and is now more likely to play when he shouldn’t rather than the other way round.

"When Martin Johnson came off against Natal with a nasty cut over his eye, for example, his reaction was ‘for God’s sake, just put a few stitches in and get me back out there’. You or I would have taken our time!"