McGeechan gets Guscott seal of approval

Jeremy Guscott has hailed the appointment of Ian McGeechan as Lions head coach for next year's South Africa tour. [more] 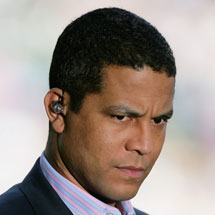 Jeremy Guscott has hailed the appointment of Ian McGeechan as Lions head coach for next year’s South Africa tour.

Wasps rugby director McGeechan will take charge of his fourth Lions trip, having led them to Australia (1989), New Zealand (1993) and South Africa (1997).

Guscott, who won 65 caps and scored 30 tries for England, started eight out of nine Tests under McGeechan on those three trips, with the Lions recording series victories in Australia and South Africa.

The former Bath star said: “His credentials for the role are unmatched. It is very difficult to to beat a southern hemisphere power on their patch with a scratch team and little preparation.

“But it is also the chance of a lifetime to work with an inspirational coach like Geech.

“Each tour was different, each time he adjusted to the challenge and prepared players brilliantly. We won the Test series on two of those three tours, and I give Geech most of the credit.”