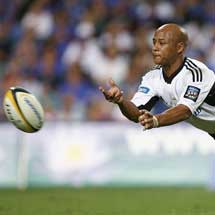 The Stormers number nine will link up with the rest of De Villiers’ training squad in Somerset West on Wednesday ahead of next month’s two-Test series against Wales.

Du Preez broke his hand in the game against the Cheetahs at the weekend and is likely to be out of action for six weeks, while Adams is still recovering from an earlier injury in the Super 14.

"I am delighted to be able to call on a player of Bolla’s quality and experience," said De Villiers.

"He was unlucky to miss out on the initial squad selection and I am very pleased for him that he will get his opportunity now."

Conradie has played 15 Tests for the Springboks.