Andrew: tour has merits for future

Former British and Irish Lion Rob Andrew believes the tour to New Zealand will provide vital experience for England ahead of the 2011 World Cup. [more] 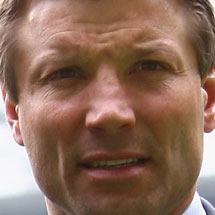 Former British and Irish Lion Rob Andrew believes the tour to New Zealand will provide vital experience for England ahead of the 2011 World Cup.

Andrew leads an England side decimated by injuries in a two-Test series against the All Blacks later this month.

England arrived in Auckland without recently-appointed team manager Martin Johnson and a host of leading players including Jonny Wilkinson, Danny Cipriani, Paul Sackey and Dan Hipkiss, but Andrew insists the tour is worthwhile.

“We’ve got some younger guys in the squad who we feel will be in the mix for 2011 so it’s ideal for them to come to New Zealand and feel the rugby atmosphere here,” said Andrew, the Rugby Football Union’s elite performance director, who is deputising for the unavailable Johnson.

The absences have allowed England to look to the future, with the likes of Northampton’s New Zealand-born hooker Dylan Hartley included in the squad.

The experience of playing the All Blacks in Tests in Auckland and Christchurch could prove invaluable ahead of the 2011 World Cup in New Zealand.

"We feel we’ve got another generation of players coming through and many of them we have brought here.

"Some of the younger guys may not get on the field but will experience New Zealand three years out from the World Cup."

The All Blacks will play their first match since being upset and ousted from the World Cup quarter-finals by France when they take on Ireland in Wellington on Saturday.

England then provide the opposition, with the first Test at Eden Park on June 14 before heading to Christchurch to play the second Test on June 21.