Cheetahs sprint to the top

Defending Currie Cup champions Free State Cheetahs moved back to the top of the this year's table with a crushing 55-14 win over the Valke in Bloemfontein. [more] 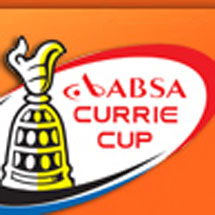 Defending Currie Cup champions Free State Cheetahs moved back to the top of the this year’s table with a crushing 55-14 win over the Valke in Bloemfontein.

The Cheetahs, who form the opposition in the Lions’ third game of next year’s tour to South Africa, jumped ahead of the Blue Bulls after the previous leaders enjoyed a bye last weekend.

The Lions’ three other Currie Cup opponents were all in action during round six, with two of the sides that will attempt to turn over Ian McGeechan’s tourists going head-to-head in Durban.

Both the Sharks and the Golden Lions face McGeechan’s men within the space of a week and it was the Sharks came out on top against a visiting side that would themselves have topped the standings had the 16-11 scoreline been in their favour.

Elsewhere, Western Province, the Lions’ fourth and final Currie Cup opponents on June 13 2009, gave a reminder of their capabilities as they hammered neighbours Boland Cavaliers 50-10 in Cape Town.