Bok hooker to play No8

Springbok hooker Schalk Brits will play at No8 when Western Province take on the Golden Lions in the Currie Cup this weekend. [more] 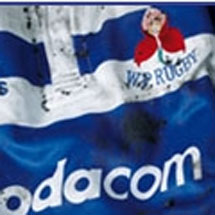 Springbok hooker Schalk Brits will play at No8 when Western Province take on the Golden Lions in the Currie Cup this weekend.

Brits started South Africa’s most-recent Tri Nations fixture against the Wallabies but has since been dropped from the squad by head coach Peter de Villiers.

He was employed at the back of the scrum in a surprise selection for Western Province’s win over Boland Cavaliers last weekend and his Currie Cup coach Allister Coetzee had no hesitation in repeating the selection for a second week running.

“We do what is best for the WP team,” said Coetzee.

“It wouldn’t make sense to leave a player of the caliber of Deon Fourie (hooker) out of the team. One always wants to play your best team.

“Schalk played No 8 and openside flank in the Super 14 and he has the skills for those positions. How can it be to his disadvantage? He is a great carrier of the ball from the base of the scrum and his throwing into the lineout is excellent.

“There are just too many positives in his makeup for me not to play him there. People should also remember we have a promising 19-year-old in Nick Koster on the bench. Should we now throw him to the wolves? There will be an opportunity for Nick to be playing from the bench.