Sharks utility back Bradley Barritt has become the latest South African to turn his back on domestic rugby in favour of a move to England's Guinness Premiership. [more] 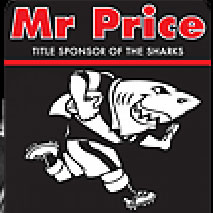 Sharks utility back Bradley Barritt has become the latest South African to turn his back on domestic rugby in favour of a move to England’s Guinness Premiership.

The 21-year-old who has played the majority of his rugby at fly-half or inside centre will join up with Eddie Jones’ Saracens at the end of the Currie Cup season.

Barritt has signed a three-year deal with the Watford-based club and could qualify to play for England courtesy of an English grandfather.

"The main reason I am going is because I want to grow as a player and experience playing rugby in different conditions and circumstances, and it is also an opportunity for me to further my studies," Barritt, who is currently a Business student at the University of Natal, told the Mercury newspaper.

Barritt’s contract to the Sharks was only due to expire at the end of next year’s Super 14, but the Sharks have allowed him an early release to allow him to move to England at the end of the Currie Cup.

"I am not turning my back on South Africa," he confirmed.

"There is nothing negative about my leaving the Sharks and going to England. It is a case of a good opportunity arising, and feeling that it is the right thing for me at this time. I would still love to play for the Springboks one day."

“Any talk of me playing for England is way premature. That is not something I am thinking about right now.”