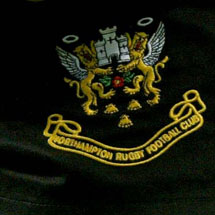 Northampton Saints have failed to get Neil Best’s 18-week suspension overturned or reduced.

The Irish flanker was banned until January 27 next year after last week being found guilty of making contact with the eyes of Wasps’ James Haskell on September 20.

The newly-promoted Guinness Premiership outfit had appealed against the decision of RFU disciplinary officer Jeff Blackett but that appeal was dismissed meaning the original suspension still stands.

Best will therefore miss the next three-and-a-half months of Northampton’s season, as well as Ireland’s November internationals.

The ban comes just three games into Best’s Northampton career after the 29-year-old joined the club from Ulster during the summer.