Worcester's Chris Horsman has been banned for four weeks after admitting a charge of stamping. [more] 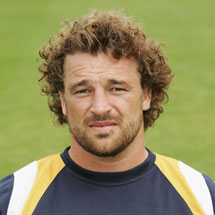 Worcester’s Chris Horsman has been banned for four weeks after admitting a charge of stamping.

The 31-year-old Wales prop had been cited following an incident involving Harlequins’ Mike Ross during a Guinness Premiership clash at Sixways last Thursday.

Horsman, who currently has 14 caps to his name, will only be available return to action six days before Wales’ opening autumn international against South Africa on November 8.

The suspension means the former Bath and Celtic Warriors forward will miss Worcester’s European Challenge Cup matches against Petrarca and Bucuresti, as well as the EDF Energy Cup group games against Ospreys and Quins.

Horsman had already been suspended for two weeks and fined £2,000 by his club prior to his appearance before an RFU disciplinary committee in Swindon.