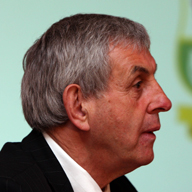 McGeechan’s men have registered just one win in six attempts so far in 2008/09 but back to back European wins against Castres and Leinster would give them plenty to shout about.

“The challenge of a new campaign and the arrival of a side of Castres’ standing helps to refocus and strengthen our ambition following a somewhat frustrating start to the season,” said McGeechan.

“With so much talent and quality now present in Europe, the competition continues to place itself as one of the most exciting and thrilling tournaments in the current rugby climate.”

McGeechan feels the unique personality and strength of the Heineken Cup gives his side their best opportunity to rekindle the kind of form that saw them earn Guinness Premiership glory earlier this year.

“With a tough route to qualification for both the English and French sides, the Heineken Cup competition means that bit more to these two nations who will want to make the most of their opportunity on the European stage.

“We will be keen to address the unforced and casual errors which have stopped our game from progressing, holding us to a series of narrow defeats this season so far.”