Edwards to get close up view

Just days away from taking on the Springboks with Wales, Lions defence coach Sean Edwards is clearly aware of the size of the challenge facing Ian McGeechan's side when they travel to South Africa next summer. [more] 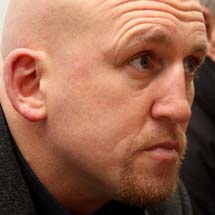 Just days away from taking on the Springboks with Wales, Lions defence coach Sean Edwards is clearly aware of the size of the challenge facing Ian McGeechan’s side when they travel to South Africa next summer.

Edwards is currently preparing to play the World Cup winners in Cardiff this Saturday, giving him what could be another vital opportunity to see the Boks first hand.

"It’s the ultimate challenge playing against the world champions,” says Edwards, who made his first visit to South Africa during Wales’ recent summer tour.

"This team is physical, but I think they also add a lot of skill to their game. Their off-loading game is excellent and they’ve also got the X-factor.

"You are looking at (Ruan) Pienaar possibly playing at 10, who’s a magnificent rugby player and he could be a supertstar in that position, who knows?’

Wales go into four successive Tests against South Africa, Canada, New Zealand and Australia in confident mood following their Six Nations triumph but Edwards knows his men will have to raise their game to trouble the Boks, the All Blacks and the Wallabies.

"We realise we did very well in the Six Nations, but I think we all know this is a step up from that.

“Looking at history you’d have to say percentage wise one victory would be fantastic.

"For us to compete with these teams we’re going to have to up our ante and I thought we finished our Six Nations fantastically well against France. But I think if we’re to beat these teams we’ll have to improve again on that. We’re very determined to do that."