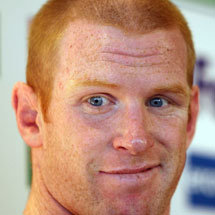 O’Connell and Hayes toured New Zealand with the Lions in 2005, with second row O’Connell playing in all three Tests against the All Blacks.

Wallace was a tourist to Australia four years earlier when he followed his brothers Richard and Paul in representing the four Home Unions.

O’Connell and Wallace have committed themselves to the Magners League side until the end of the 2011/12 season, with fellow Ireland international Denis Leamy joining Hayes in signing on until the close of 2009/10 campaign.

Irish RFU chief executive Philip Browne said that the new contracts were a clear sign of the governing body’s "continued desire to keep as many of our top professional players within the provincial structures".

"The news that four players of this calibre and standing in the world game have committed themselves to continue their careers in Ireland is a testament to the positive playing environment that has been put in place for them," added Browne.