Gatland talks of fear of failure 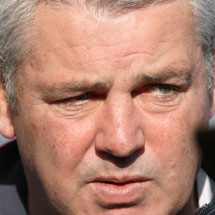 Warren Gatland reckons his Grand Slam champions need to adopt a New Zealand mentality to quell the fear of failure.

Wales are seeking back-to-back Six Nations titles for the first time in 30 years when they kick-off their defence with a tough opening assignment in Scotland on Sunday.

But Wales coach Gatland, who will take on the role of forwards coach when the Lions travel to South Africa this summer, reckons there is no place like home to help the dragons cope with the demands of an expectant nation.

"We can learn from the best teams in the world and how they put pressure on themselves,” said Gatland, himself a Kiwi.

"In New Zealand, there is a fear of failure through the sheer public expectation and criticism if you don’t perform – that pressure to perform is what drives the players on.

"Everyone will want to beat us but you can’t shy away from that. Our goals are to improve and get better in the coming seasons.

"People will expect and the Welsh public will be right to do so. We’ve put the pride back in the jersey but now it’s all about putting in performances."

But Gatland has warned his Six Nations rivals that the best is still yet to come from his men.

"We over-achieved last year but we’ve also continued to develop as a team. Now we want to kick on in the Six Nations,” he added.

"I told the players after the autumn series that New Zealand, South Africa and Australia will always be world-class and difficult to beat.

"But between now and the next World Cup in 2011, there’s not huge areas of improvement for them to do in their game. But for us, there’s so much more to come.”