Lions skipper Paul O'Connell believes his Munster side answered their critics in the best possible way when they produced a stunning bonus-point victory against Perpignan last weekend. [more] 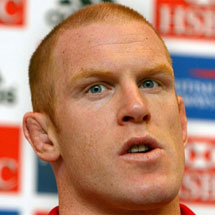 Lions skipper Paul O’Connell believes his Munster side answered their critics in the best possible way when they produced a stunning bonus-point victory against Perpignan last weekend.

The two-time European champions had been under-fire following a number of below-par displays this season.

But O’Connell’s men stepped up to the plate when it mattered most in the south of France and became only the third side in Heineken Cup history after Leicester Tigers and London Wasps to register an away success at the Stade Aime Giral.

"We have been getting a lot of slack at the moment and that’s just the way it is. If you are not playing well, then you will get criticism," said O’Connell, who was one of eight players to play for or be selected for the 2009 Lions in Munster’s matchday squad.

"Last week we did a lot of things well and we felt we conceded some soft tries (in the reverse 24-23 win versus Perpignan at Thomond Park) and the scoreboard did not reflect that.

"But we trained well in the week and the coaches gave us a gameplan on how to win. We just had to go out and do it.

"We put a lot of hard work into the game and we had a big work ethic, especially at the breakdown.

"We were patient and once we transferred what we’d been doing on the training ground onto the pitch, then we knew we’d play well."

Munster lie in pole position in Pool One and lead nearest rivals Northampton Saints by two points after tries from Denis Fogarty, Denis Hurley, Jean de Villiers and Doug Howlett sealed a historic triumph. And coach Tony McGahan reckons this emphatic win on French soil will lay a marker for the rest of the season.

"It’s the best away win in my time but we hope there are more games like this in us,” said McGahan.

"I’m delighted for the players because they have worked exceptionally hard and are a great bunch of players to be around.

"This was a really difficult place to come to but to get a bonus point win in the end is absolutely outstanding.

"We have talked about the values that we hold at Munster and these players have left a real legacy for this year.

"We felt we’ve been training well and we had an opportunity with our backs against the wall to put all the pieces together.

"This sort of environment brings the best out of us and it was a great team effort."