Ireland have received a mixture of good, bad and indifferent injury news as they prepare for Saturday's Six Nations clash with France. [more] 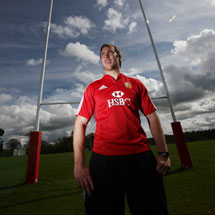 Ireland have received a mixture of good, bad and indifferent injury news as they prepare for Saturday’s Six Nations clash with France.

Declan Kidney’s men travel to Paris looking for a second win of the campaign following last weekend’s 29-11 victory over Italy at Croke Park.

Leinster fly-half Jonathan Sexton is expected to be available for selection having missed Round 1 with a dead leg.

Sexton has been cleared to train and will now give Kidney a headache as to who to select in the No10 shirt.

Sexton replaced triple Lions tourist Ronan O’Gara in the pivotal position for the autumn wins over Fiji and South Africa but the Munster veteran started against the Italians in his young rival’s absence.

O’Gara himself is struggling with a blow to his right knee but the damage is not deemed to be too significant.

The same cannot be said of Ulster flanker Stephen Ferris, who is still nursing a knee injury that ruled him out of the opening match of the tournament.

The 2009 Lions tourist hasn’t trained with the squad and a decision on his fitness will not be made until later in the week.

“Stephen Ferris been able to put weight on his leg but he hasn’t run strongly on it yet,” said Ireland manager Paul McNaughton.

“He did a little bit when he came down here last week, on Monday and Tuesday, but he’s been off his feet for the rest of the week and he’s down here. We’ll know in the next couple of days.”

Ferris’ Ulster team-mate Andrew Trimble is also a serious doubt after he suffered a hamstring injury on his return to the international set up, while the Munster duo of Tomas O’Leary and Lions skipper Paul O’Connell also picked up less serious knocks.

O’Leary and O’Connell’s provincial colleague and double Lion Donncha O’Callaghan is yet to be declared fit following a knee injury prior to the Italian game, leaving Kidney with plenty of question marks ahead of what could be the pivotal match of the tournament.

“Andrew Trimble is a bit of a worry because he came off with a strained hamstring, and obviously Donncha and Stephen Ferris are more of a concern,” added McNaughton.

“But at this stage we’re not ruling anyone out for selection.”