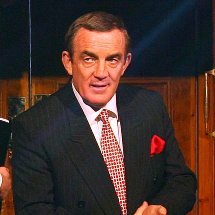 Unbeaten England face Ireland at Twickenham a week on Saturday after opening Six Nations victories over Wales and Italy.

But Bennett, who was one of the stars of the 1974 and 1977 Lions tours, reckons Brian O’Driscoll and will end Martin Johnson’s dream of a first English Slam since 2003.

"England are not a great side and they are really struggling for confidence. They were there for the taking against Wales at Twickenham,” said Bennett.

"I don’t think they will be Grand Slam champions. I think Ireland will go to Twickenham, have all their big guns available and probably beat them."

Seventies great Bennett was a double Grand Slam winner with Wales in 1976 and 1978.

But the man who captained the Lions on their tour of New Zealand 33 years ago believes England need to change their tactics to create their own history after a nervy display in Italy last weekend.

"Martin Johnson was voted England’s greatest ever player but he has gone into management and all of a sudden they are a team who don’t seem to know what game plan to play,” added Bennett.

"Jonny Wilkinson is standing very deep at No10 and isn’t bringing Riki Flutey into the game with pace."