Springbok centre Jean de Villiers' announcement that he is to leave Munster at the end of the season has already resulted in his former side admitting they would love to secure his services. [more] 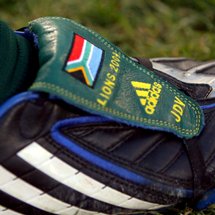 Springbok centre Jean de Villiers’ announcement that he is to leave Munster at the end of the season has already resulted in his former side admitting they would love to secure his services.

De Villiers, who helped South Africa claim a narrow series victory over the Lions last summer, announced this week that he intends to return home later this year.

The prospect of missing out on the 2011 World Cup because of playing his club rugby overseas has led de Villiers to make the decision just months after moving to Ireland and Western Province have been even quicker to declare their interest in their former centre.

"Jean is a world class player who has excelled on the international stage," said Rob Wagner, the managing director of Western Province Rugby.

"He has played all his rugby in the Cape having represented both Western Province and the Stormers.

“We will be contacting him to learn more of his intentions and explore opportunities."

De Villiers’ decision has also been greeted with a broad smile by the South African Rugby Union.

The 28-year-old is still seen as a key figure in their plans for the defence of the World Cup crown which they won in Paris two-and-a-half years ago.

"It is good news for us that he is coming back because if he plays in South Africa he will be available for selection,” explained convener of selectors Peter Jooste.

"We have lots of talented players in South Africa, and with Jean back it will increase our options.

"We know the skill, talent and ability he could offer the team and we are aware that with his experience, the younger guys can learn a lot from him."