Former Lions tourist Chris Cusiter will win his 50th cap when he starts for a Scotland side that includes four personnel changes this weekend. [more] 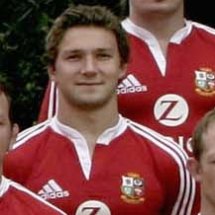 Former Lions tourist Chris Cusiter will win his 50th cap when he starts for a Scotland side that includes four personnel changes this weekend.

Cusiter, who was first capped by his country in 2004, will captain Scotland in the Six Nations clash with Italy at the Stadio Flamini on Saturday afternoon.

The Glasgow Warriors scrum-half was one of four No9s who toured New Zealand with the Lions a year after his Scotland debut but the 27-year-old wasn’t called upon in the three-match Test series with the All Blacks.

Scotland head coach Andy Robinson has been forced to make three changes to his backline and another to his forward pack following the last-gasp defeat to Wales just over a week ago.

A serious neck injury to his brother Thom sees Max Evans, who was a tryscorer for Glasgow in their Magners League defeat to Cardiff Blues on Friday, return to the starting line up at outside centre having started against France but not against Wales.

Sean Lamont of the Scarlets moves from centre to wing to cover for the injured Rory Lamont, while Ulster’s Simon Danielli fills the other wing berth.

Hugo Southwell is the third personnel change to the starting line up, with the former Edinburgh full back joining Cusiter in making a half century of appearances for Scotland after Chris Paterson damaged his kidneys in the 31-24 loss to Wales.

Edinburgh’s Alan Jacobsen is the fourth change made by Robinson as Alasdair Dickinson drops to the bench.

Ross Ford and Euan Murray, both Lions on the 2009 tour of South Africa, start alongside Jacobsen in the front row.

Leinster’s Lions lock Nathan Hines and Gloucester flanker Alasdair Strokosch win a place on the bench after missing out through injury in Round 2, while Edinburgh’s Nick de Luca is also among the replacements.

"Congratulations to Chris Cusiter and Hugo Southwell, both of whom will be winning their 50th cap," Robinson said in a brief statement after announcing his side.

"Our focus now is on delivering a winning performance against Italy."