Mighty Mouse to head up SRU

A true Lions legend has been named as the next president of the Scottish Rugby Union. [more] 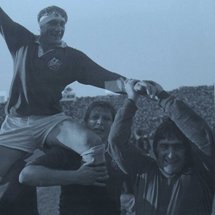 A true Lions legend has been named as the next president of the Scottish Rugby Union.

Ian ’Mighty Mouse’ McLauchlan will take up his new post at the Scottish Rugby’s annual general meeting at the end of June.

A world-class prop with outstanding ability both in setpiece and open-field play, McLauchlan toured twice with the Lions during a golden period for British and Irish rugby.

The Jordanhill star was the cornerstone of the Lions scrum during the victorious 1971 and 1974 tours when the tourists created history, first in New Zealand and then in South Africa.

McLauchlan played 30 times for the Lions, including all eight Tests on those famous tours.

He became revered throughout the rugby playing world for his powerful scrimmaging and can lay claim to scoring one of the most famous Lions Test tries of all time.

He won his first Scotland cap in 1969 and went on playing international rugby until he reached 38-years of age a decade later. In total, he represented his country on 43 occasions and will now hope to have a similar impact from Board level after being nominated unopposed by the Scottish clubs for the presidential role.

"My aim will be to strengthen rugby in Scotland and assist in any way I can to help the clubs to build, the pro-teams to build and the national team to build," said McLauchlan.