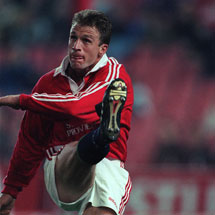 The 38-year-old announced his retirement from the playing side of the game last month but has committed his future to the Exiles as attack coach.

Catt, who toured his native South Africa with the Lions in 1997 and then Australia four years later, has committed his future to the club for three more years.

The World Cup winner had been linked with various other head coach posts but has instead decided to continue working for Toby Booth, who himself recently signed a new deal with Irish.

"I am delighted to be staying at the club for at least another three years,” said Catt.

"One of my main reasons for retiring from playing was a desire to focus full-time on coaching, both for the continued development of the team and for my own aim of becoming the best coach I can be.

"At times last season, I did not feel that I was able to give Toby Booth my full support due to my playing commitments, and
I now relish the opportunity of helping London Irish reach its full potential."

Catt joined Irish from Bath in 2004 and has already been at the club for six seasons, helping the Madejski Stadium outfit reach the Heineken Cup semi-finals in 2008 and the Guinness Premiership Final in 2009.