Galwey back in the big time

Mick Galwey, who toured New Zealand with the 1993 British & Irish Lions, is back in professional rugby after being appointed to a senior management role with his former club Munster. [more] 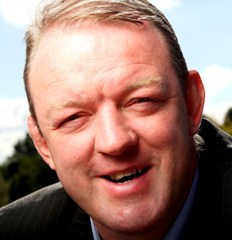 Mick Galwey, who toured New Zealand with the 1993 British & Irish Lions, is back in professional rugby after being appointed to a senior management role with his former club Munster.

Galwey famously led Munster into two Heineken Cup finals in 2000 and 2002, but had retired by the time they finally won the European title in 2006. Now he is back at the helm at Thomond Park as the Munster Squad Advisor.

Although this will be a part time position, he will act as Mentor for Senior and Development Contracted players with additional responsibilities attached to that role.

Under Galwey, Munster became a powerhouse of European rugby, reaching those two finals and also winning the Celtic Cup. He was also a part of the renowned Shannon pack that helped the club win four successive All Ireland League titles in the nineties and later went on to coach his former club to two more triumphs.

He had a big influence on the early careers o two more Munster locks who went on to become Likons, Donncha O'Gallaghan and the 2009 tour captain in South Africa, Paul O'Connell.

Galwey made 41 appearances in the Irish second row in a Test career that stretched from 1991 to 2002. He scored three tries, including the one that helped Ireland beat England at Lansdowne Road in 1993.

His rugby achievements only began after he had tasted success in the GAA sports arena. Born in Kerry, he was an outstanding Gaelic footballer in his youth and won an All-Ireland medal with his county side at Croke Park as a 19-year-old.

After his conversion to rugby he became a legendary figure on the field for club and country. He made seven appearances for the Lions on the 1993 tour, scoring a try in the win over Canterbury.

He will join forces with Munster’s Coaching Director, Tony McGahan, and Team Manger, Shaun Payne, and is one of a number of new appointments for the 2009/10 season made by the Irish province.

Another former skipper, and the club’s most capped player, Anthony Foley, has had his coaching role considerably enhanced. Formerly a Technical Advisor, he assumes the role of Assistant Coach with additional responsibility for Defence, while maintaining his f unction as Head Coach to the Munster side competing in the British & Irish Cup.

Current part-time scrum adviser, Paul McCarthy, who featured on the Munster side that famously defeated Australia in Musgrave Park in 1992, has been made full time Scrum Coach, working alongside Laurie Fisher and Foley. He will also be responsible for identifying and developing front row talent to feed into the Munster professional set-up.