Lions skipper Paul O'Connell is aiming to be back in action before the end of the year. [more] 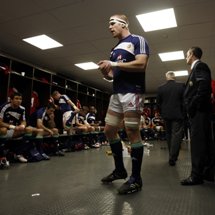 Lions skipper Paul O’Connell is aiming to be back in action before the end of the year.

The man who led the Lions in South Africa last summer has been out of action since March due to a troublesome groin infection.

And with the new season now just two weeks away, O’Connell is finally back in training but he admits he is nowhere near a return to action.

"I'll be setting my sights around December, and anything else would be a bonus," O'Connell, who has been named Munster captain again this season despite his injury, told The Irish Times.

"I went back running 10 days ago, and I've had no problems.

"I need to go about 12 weeks from when I stopped the antibiotics and get back into the heavy stuff, so I'm about eight and a half weeks into that now.

"It's flying along at the moment. It was really slow at the start, but it's getting quicker now and going very well."

If O’Conell remains sidelined until December, he would miss the first nine rounds of the Magners League, the opening two games of European action and all four of Ireland’s autumn internationals against South Africa, Samoa, New Zealand and Argentina.

His first game back could be the December 4 league clash with Cardiff Blues at Thomond Park, with the next two weekends taken up by rounds 3 and 4 of the Heineken Cup.