Former Lions tourist John Jeffrey has been appointed to the International Rugby Board. [more] 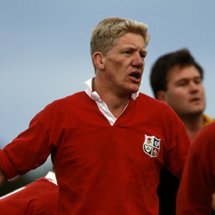 Former Lions tourist John Jeffrey has been appointed to the International Rugby Board.

Jeffrey will join Bill Nolan as one of Scottish Rugby's representatives at the IRB, 21 years after he toured Australia with Britain and Ireland’s elite.

The fearsome flanker became a Lion in 1989 and went on to play a key role in Scotland’s Grand Slam winning side the following season.

He won 40 caps for his country between 1984 and 1991, playing in a World Cup semi-final along the way and establishing himself as one of the most-respected back-row forwards in the game.

"I have been looking for a role in rugby since my retirement as Scotland under-20 team manager 15 months ago and when I saw the Scottish IRB representative advertised I was immediately excited," Jeffrey, who had to apply for the post alongside a number of other candidates despite his hefty reputation, told Scottishrugby.org.

"I see it as an extremely challenging position but one which, with my background, I think I can well represent Scotland's viewpoint at the highest political table.

"It is a great honour to be appointed as the Scottish IRB rep and one where I will strive to continue the good work that has been done by the previous IRB representatives. In particular I am looking forward to working with Bill Nolan and benefiting from his great experience."