The Lions have stepped up their preparations for the 2013 tour of Australia by appointing a director of operations. [more] 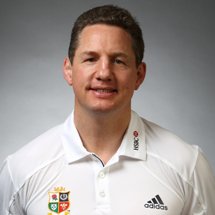 The Lions have stepped up their preparations for the 2013 tour of Australia by appointing a director of operations.

Guy Richardson has been appointed to the role just under three years before the Lions head Down Under.

Guy is no stranger to the Lions family, having played a key part in the 2009 tour to South Africa.

Guy was seconded from the Scottish Rugby Union for the duration of last summer's Lions adventure as Britain and Ireland's elite came close to shocking the Springboks in a thrilling three-match series.

His role with the Lions on that occasion was as logistics officer, meaning Guy's input was essential for the smooth running of the 10-game tour.

Guy was previously Scottish team manager from 2004 until July 2009 and oversaw all of Scotland’s fixtures in the RBS 6 Nations, autumn internationals, overseas tours and the 2007 Rugby World Cup during his time with the SRU.

Previously in the Army, he served with the Royal Scots (The Royal Regiment) for 20 years, reaching the rank of Major. He saw operational tours in many countries across the globe, including Sierra Leone, Afghanistan and Bosnia.

“We are delighted to have Guy on board and are convinced he will be a great asset to the Lions,” said chief executive John Feehan.