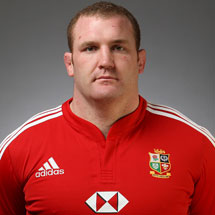 Lions loosehead Tim Payne has been handed a two-week suspension.

The 31-year-old England international will miss the opening two rounds of the Heineken Cup after being cited for two incidents in a Premiership fixture on September 25.

Payne, who was a late replacement on the 2009 Lions tour of South Africa, had been charged with striking Brett Deacon and stamping on Jim Hamilton in Wasp’s 22-20 defeat to Gloucester.

After pleading guilty to both offences, Payne was given a seven-day ban for each incident.

Payne will not be free to play until October 19, meaning he will miss his club’s next two matches.

Those games are both in the Heineken Cup, starting with a daunting trip to European Champions Toulouse this Sunday.

Wasps then host Glasgow Warriors at Adams Park in Round 2.

Payne will next be available for selection for the Aviva Premiership tie at home to Northampton Saints on October 24 and will have a maximum of two games to play himself into contention for an England spot in the autumn internationals.