Lions wing Luke Fitzgerald insists Leinster have to be on top of their game if they are to overcome star-studded Racing Metro 92 on Saturday afternoon. [more] 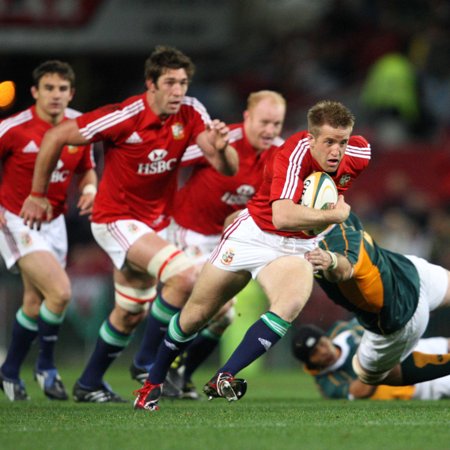 Lions wing Luke Fitzgerald insists Leinster have to be on top of their game if they are to overcome star-studded Racing Metro 92 on Saturday afternoon.

Fitzgerald, who made five appearances on the tour to South Africa, is one of six Lions in Leinster’s starting XV.

But Leinster are up against an equally impressive outfit in Racing Metro. The club based on the outskirts of Paris boast a number of high-profile names and currently lead the Top 14 ahead of their Heineken Cup debut.

“They're a star-studded squad and the first test of the Heineken Cup campaign”, said Fitzgerald.

“It's important to get off to a good start and both teams will be under pressure as the group we're in is extremely difficult. Every game and every point will be extremely valuable.

“They have a massive forward unit and that will be the area where the game is won and lost, as always. We'll need another performance like our pack gave against Munster on the weekend to stand a chance of being on the right side of the result come Saturday.

“There is massive danger behind the scrum as well, and discipline will be paramount as François Steyn can punish any ill-discipline, anywhere, within 60 metres. So yet another huge challenge lies ahead.”