The Lions today announced that HSBC have renewed their sponsorship to be Principal Partner to the British & Irish Lions. [more] 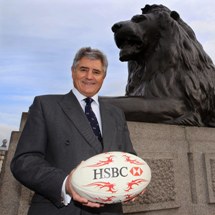 The Lions today announced that HSBC have renewed their sponsorship to be Principal Partner to the British & Irish Lions.

The partnership, which will run until the end of the next Lions tour to Australia in 2013, continues the successful association between the prestigious touring side and the bank that was first signed in 2007.

The agreement means that HSBC are the first Principal Partner to ever renew a sponsorship with The Lions and will see the bank become shirt sponsor of the team once again.

The partnership was formally announced at a joint media conference with the British Lions Limited (BLL) committee at HSBC Private Bank in London.

At today’s media conference, BLL also announced that for the first time ever The Lions will play a game in Hong Kong, facing the Barbarians in what promises to be a historic curtain raiser to a hotly anticipated tour.

BLL confirmed that former Lion and Scotland international Andy Irvine, who made an amazing 41 appearances (36 provincial + 5 Tests) for The Lions, will be tour manager to Australia in 2013, taking over from Gerald Davies, who performed the role during the tour to South Africa last year.

Davies, the flying Welsh winger and a Lion in 1968 and 1971, was in turn appointed Chairman of BLL.

Sandy Flockhart, executive director for HSBC Holdings plc, said: “We are delighted to renew our association with one of the world’s greatest ever sporting events.

“Today’s announcement is a demonstration of the continued international appeal of the British & Irish Lions, and HSBC is committed to building on the successful relationship that was forged on last summer’s tour to South Africa.

“I have no doubt that the next three years will be an exciting journey for both HSBC and The Lions, and in particular we are looking forward to welcoming The Lions and the Barbarians to Hong Kong, the bank’s spiritual home, for an historic fixture.”

John Feehan, chief executive of BLL and 6 Nations, said: “It is a mark of the partnership that we have built with HSBC that we are able to announce this sponsorship renewal almost three years ahead of the next Tour to Australia.

“We look forward to working with HSBC over the coming months to ensure that The Lions Tour to Australia in 2013 is a success off the pitch, as well as on it.

“To be able to confirm today that The Lions will also break new ground with the first ever fixture in Hong Kong will ensure that the Tour to Australia is even more special and includes even more fans.

“I would also like to congratulate Andy Irvine and Gerald Davies on their appointments today, and believe that The Lions will benefit hugely from having two highly regarded and respected former Lions at the helm for the build up and during the tour to Australia.”

“Last year’s tour was a phenomenal showcase for rugby and I look forward to upholding the best of Lions traditions when we travel to the home of the Wallabies for what will be a fantastic experience.

“In the meantime, I can’t wait to get my teeth into the planning and logistics that will be so crucial to the success of the tour over the next two and a half years.”

Gerald Davies, who as tour Manager in 2009 helped shape one of the most memorable Test series in modern times, said: “It is a huge honour for me to continue my long association with The Lions as chairman for the 2013 Tour to Australia.

“The Lions remains one of the greatest adventures in modern rugby and I look forward to once again sharing in the unique spirit and prestige of The Lions.”