Lions past and present have spoken highly of the historic decision to play a curtain raiser to the 2013 tour of Australia against the Barbarians in Hong Kong. [more] 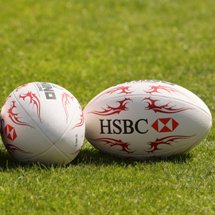 Lions past and present have spoken highly of the historic decision to play a curtain raiser to the 2013 tour of Australia against the Barbarians in Hong Kong.

Lions past and present have spoken highly of the historic decision to play a curtain raiser to the 2013 tour of Australia against the Barbarians in Hong Kong.

Britain and Ireland’s elite travel Down Under to face the Wallabies in three years time as they look to build on their stunning third-Test victory over the Springboks last time out.

They begin that process with a mouth-watering encounter against one of the most iconic sides in the global game when they take on the Babaas prior to arriving in Australia.

And four former Lions who were present at today’s media launch in London in which the Lions confirmed that HSBC will once again act as the team’s Principal Partner have no doubt that the decision is yet another step forward for the world’s most-famous touring team.

Here’s what Gavin Hastings, Jamie Roberts, Tommy Bowe and Simon Shaw had to say about the announcement:

“The Lions Tour is as special an occasion as there is in the world of rugby.

“Touring as a Lion and winning the Test series in Australia in 1989 was without doubt one of the highlights of my career.

“Having witnessed firsthand how hard a place it is to tour, I am looking forward to another closely fought series in 2013.

“It is also fantastic that HSBC will once again be sharing in The Lions journey having brought so much to the 2009 tour.”

“There is no greater incentive for a player from the Home Unions than to earn selection for the British & Irish Lions and today’s event makes the 2013 Tour feel that little bit closer.

“It will be an amazing Tour and I very much hope to be involved as a player if selected.”

“The Lions Tour to Australia is a mouth-watering prospect. I will be going all out to ensure my involvement in another chapter of Lions history.

“For HSBC to be supporting this tour once again and for a match to be played in Hong Kong are both hugely exciting developments.

“I can’t wait for 2013 to come round and in the meantime I will be doing my best to earn my spot on the plane to Australia.”

“Having finally experienced the intensity of a Lions Test series last year in South Africa, I know how special the reputation and history of The Lions is.

“The 2013 Tour will be no different, and to add a fixture in Hong Kong means that, once again, The Lions are breaking new ground.

“I wish I was a bit younger so that I had a real shot of going on tour to Australia but I will certainly be watching with huge interest.”

Simon Shaw and Tommy Bowe were Test Lions in 2009

And it wasn’t just Lions stars who were delighted to hear the announcement regarding the clash with the Barbarians.

John Spencer, the chairman of the Barbarians, is already particularly excited at the thought of seeing his team of world stars go head-to-head with the Lions in Hong Kong.

“The Barbarians and The Lions have a rich history and both share a unique place in the game of rugby,” said Spencer.

“To bring two such sides together and be able to create history in Hong Kong is very special indeed. It will be an incredible occasion and the perfect way to kick off the 2013 Lions Tour.

“We are proud and delighted to be part of such an innovative chapter in Lions history and are already looking forward to the match.”

Those sentiments were echoed by Trevor Gregory, the chairman of the Hong Kong Rugby Union, who admits his Union will be honoured to play host to such a memorable match up.

“It is a great honour to welcome the legendary Lions and the Barbarians to Hong Kong in 2013,” explained Gregory.

“The match will be another milestone for Hong Kong Rugby and I am confident that our fans, and those from around the world, will enjoy this unique opportunity to witness the world's top players lining up for sides that have played such a definitive role in rugby history.

“When you throw in Hong Kong's reputation as one of the most famous – and festive – of global rugby destinations, rugby magic is in the making.”