Former Lions coach Graham Henry would be keen to talk to the Rugby Football Union over a role with England. [more] 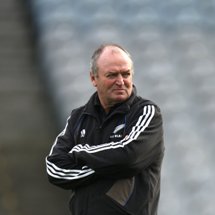 Former Lions coach Graham Henry would be keen to talk to the Rugby Football Union over a role with England.

Henry is expected to stand down from his position as New Zealand coach having led the All Blacks to World Cup glory last weekend but the 65-year-old hopes to maintain some involvement in the game.

And with three separate bodies currently undertaking reviews of the current England set up, the RFU could turn to Henry to oversee a range of areas related to the international elite.

“Yes, I would talk to the RFU, sure,” Henry told the Daily Telegraph.

“I couldn’t just not do anything. I would love to help other people.

Those sentiments could lead to Henry being brought to London in an entirely new role or they could see him take over from Rob Andrew as the governing body’s professional rugby director.

But despite his willingness to talk to the RFU about a fresh adventure, Henry insists he wouldn’t be keen to replace Martin Johnson as England team manager.

Johnson’s was Henry’s tour captain for the 2001 Lions series with Australia and the Kiwi coach insists the under-pressure former Leicester lock should be given more time to prove his worth.

“Too many people with real ability get shot because of a result,” added Henry, who was himself given a contract extension by the New Zealand Rugby Union after failing to secure World Cup success in 2007.

“Look at all the successful coaches around the world. They’ve got longevity. Look at Sir Alex Ferguson, longevity.”