Back to their roots 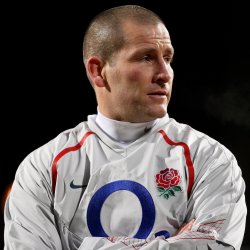 The new interim boss plans to step away from recent training excursions to Portugal as he looks to build a greater rapport with the English public.

Lancaster, who was promoted from his previous position with the second-string Saxons following Martin Johnson’s resignation last month, is also looking to move away from the senior side’s official training base at Pennyhill Park.

The impressive hotel complex in leafy surrey, which has also been used by the Lions, was home to England’s training camps in the build up to the 2003 World Cup and became their official training base in August 2008.

Pennyhill Park is renowned for its first-class facilities but Lancaster is now looking at other alternatives around the country for England’s RBS 6 Nations preparations.

“I want training to have a grass roots feel to it,” Lancaster told the Yorkshire Post.

“I want to put my own stamp on things, to do things a little differently.

“I want to ensure the England players are reminded of the reasons why it is a privilege to play for their country. I want them to reconnect with the public and with the media.

“For that reason I want to take our Six Nations camps away from Pennyhill Park.”

Lancaster has been handed the England reigns on a temporary measure, with bigger fish expected to take over prior to the summer tour of South Africa.

But that doesn’t stop the former Leeds boss looking ahead. Lancaster knows that his brief is to create the kind of platform that can see England succeed at the next World Cup, while also picking up as many 6 Nations wins as possible along the way.

“In international rugby, as in any version of the game, you go into every game wanting to win, and we’re no different when it comes to the 6 Nations. But equally I want to stress the need to get things right,” added Lancaster.

“You don’t simply change coaching teams and squads of players and then turn things around overnight.

“Of course we want to do well. And England are coming from a period of strength. They did win 10 of 13 games this year. But the plan over my time is to start building to 2015 and our home World Cup.

“We need to be in a position by the end of 2013 where we have a strong squad, the right culture and the right environment to go forward. Then we can use those final two years as a stepping stone to create a high performance environment.”