Saracens boss Mark McCall is hoping a host of his players can mastermind an England revival this spring. [more] 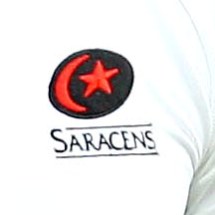 Saracens boss Mark McCall is hoping a host of his players can mastermind an England revival this spring.

England interim coach Stuart Lancaster looks set to hand youth a chance in the RBS 6 Nations after a disappointing World Cup and McCall is convinced his high flyers fit the bill.

Sarries ended Harlequin’s unbeaten start to the Premiership season in front of a crowd of 82,000 at Twickenham on Tuesday, with the likes of Owen Farrell and Andy Saull particularly impressive on the big stage.

Farrell is being widely tipped as a certain squad member when Lancaster names his EPS on January 11 but McCall believes the former Saxons coach should give many more players from the reigning English champions a chance to impress in international colours.

"I thought Andy Saull was absolutely magnificent and, from an England perspective, I thought a lot of our young, English players really made a good impression," said McCall.

"Brad Barritt, who is just getting better and better; Owen Farrell again; and Alex Goode, who has really come into form in the last month or so.

"Ben Spencer really helped to close the game out and Mouritz Botha did well when he came on too.

"Hopefully they (the England coaches) will take notice and I'm sure some of the Quins players have put themselves forward as well.

"Charlie Hodgson can't be forgotten either. Some of his long passes were outstanding and I don't think anyone else in England can pass the ball like him."

Farrell was the main talking point after the top-two encounter at HQ, however, with the 20-year-old kicking 14 points and showing a maturity way beyond his tender years.

Harlequins director of rugby Conor O’Shea, who first became aware of a teenage Farrell during his time identifying young talent with the RFU, has no doubt that the versatile back will be an England star for years to come.

"I am sure he will be a cornerstone for England for a long time," said O'Shea.

"I saw him at Loughborough in a training camp when he was 14. It was an under-18 camp, and he ran the show. He's an outstanding player."