Colm Tucker, who toured with the 1980 British & Irish Lions in South Africa, has died at the age of 59. [more] 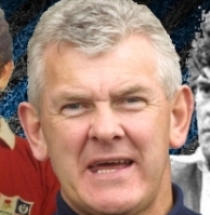 Colm Tucker, who toured with the 1980 British & Irish Lions in South Africa, has died at the age of 59.

The former Shannon, Munster and Ireland back row star, who was educated at St Munchin's College, Limerick,  finally lost his brave battle with a long-term illness and passed away on Thursday, 11 January. He leaves behind his wife Geraldine, sons Colm Junior, who coaches UL Bohemians, and Richard and daughter Rachel.

During a playing career that started as a tear-away teenager with Shannon RFC he helped the club win six Munster Senior Cup medals and also went on to represent Munster, Ireland and the Lions.

If those half-dozen cup triumphs turned him into a legend at his club, he achieved cult status with Munster as a member of the team that so famously beat the 1978 All Blacks at Thomond Park.

He played for Ireland B in 1977 and then joined fellow Shannon clubmate Gerry McLoughlin, who was a Lions replacement in New Zealand in 1983, in making his Irish debut in the 9-9 with France at Lansdowne Road at the start of the 1979 Five Nations Championship.

He held his place for the visit to Wales in Round 2, which the home side won 24-21, but had to wait until the following season for his third and final cap, an agonising 19-18 defeat to the French in Paris. He was also a replacement six times.

His selection for the 1980 Lions tour made him the first player from the Shannon club to achieve such an honour and his Test jersey is still proudly hanging in the Shannon club’s President’s suite at Thomond Park.

His selection for the Lions saw him join four fellow Irishmen in the original selection even though he had only figured once in the Irish side in the Five Nations championship. There were three more Irish replacements by the end of the injury ravaged trip.

The competition for back row places was fierce and he had to be content with a place on the replacements bench for the first two Tests. He then got his big chance in the third Test in Port Elizabeth when he joined forces with John O’Driscoll and Jeff Squire in a re-vamped back row.

The Lions needed to win at the Boet Erasmus Stadium to keep the series alive and led 7-3 at half-time thanks to a try from Bruce Hay. But a second half try from Springbok wing Gerrie Germishuys, and eight points from the boot of Naas Botha, saw the South Africans take a 3-0 lead in the series with a 12-10 triumph.

The Lions response to their bitter disappointment at losing the opening three Test by margins of four, seven and two points was to hit back to win the final match in the series 17-13 at Loftus Versfeld, in Pretoria.

The back row remained the same and tries from full back Andy Irvine, prop Clive Williams and flanker John O’Driscoll were at the heart of a famous victory in which Tucker played a major role.

He hung up his boots in the late eighties, but never turned his back on the game he loved and the teams he had been so proud to represent. He became a selector and manager at Shannon, helping to build the team that dominated the All Ireland League in the late eighties and nineties, and was also Munster’s team manager in the early days of the Heineken Cup.

In 1999 he was honoured with the Presidency of Shannon RFC, a season in which the Munster Senior Cup was once again secured.