Heyneke Meyer has been named as the new coach of the Springboks. [more] 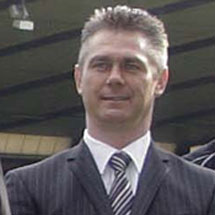 Heyneke Meyer has been named as the new coach of the Springboks.

Meyer takes over from Peter de Villiers, who led the Boks to a hard-fought series success over the Lions two-and-a-half years ago.

The former Leicester boss had been all but confirmed in the role earlier in the week but the South African Rugby Union made the appointment official at a press conference in Cape Town today.

“Heyneke’s coaching pedigree is second to none in South Africa. He will be an asset to the Boks and South African rugby in general,” said SARU president Oregan Hoskins.

“Heyneke has our full support and we know he won’t leave any stone unturned as he strives to take the Boks back to the top of international rugby.

“I’d also like thank our outgoing coach Peter de Villiers for his passion, hard work and dedication over the past four years. However, it was felt that we needed a man with a new approach and new ideas to take over one of the toughest jobs in South African sport."

Meyer was initially tipped for the post prior to de Villiers’ appointment in 2008 and his failure to be handed the role despite massive public support led to him leaving the game for a business role with a sports manufacturing company.

The 44-year-old then had a short stint in charge at Leicester before returning to South Africa in January 2009 due to family matters.

Meyer was under contract with the Blue Bulls – the team he led to Super Rugby glory in 2007 – but the SARU have prized him away from that position despite opposition from the franchise.

"I'm very happy to accept this enormous honour and massive responsibility," added Meyer, whose first game in charge will be the clash with England in Durban on June 9.

"Having been involved with the Blue Bulls for so long, I've experienced first hand how passionate South African rugby supporters are.

"I know the importance of rugby in the South African psyche and will do everything in my power to ensure the Springboks remain among the pace setters of world rugby."