The man charged with plotting the Lions' preparations for the 2013 tour of Australia says the size of the challenge should not be underestimated. [more] 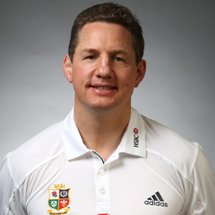 The man charged with plotting the Lions’ preparations for the 2013 tour of Australia says the size of the challenge should not be underestimated.

A Lions adventure may just be a five-week tour to the un-initiated but to Guy Richardson it is far, far more than that.

Playing the 10 tour matches is only the tip of the iceberg as former Scotland team manager and now the Lions’ director of operations Richardson can testify.

Behind the glamour and the glory of the provincial encounters and three-match Test series is a mountain of logistical requirements, from hotels and training venues, to flights and fixture itineraries, to training kit and time zones.

And despite the tour itself still being some 16 months away, the planning for the next crusade is already well underway.

“It’s amazing how quickly the tour will come around,” said Richardson, who acted as logistics manager when the Lions toured South Africa in 2009.

“I’ve been doing a lot of detailed work for the past few months, with one of the key timelines being June last year which was two years out from the tour. I went out to Australia on reconnaissance then and did all the necessary detailed visits and produced a shortlist of everything we need to look at.

“The next key milestone is that of Lions chairman Andy Irvine and the Board looking at the 6 Nations, with a view to announcing the head coach in April or May.

“I’ll then be back out to Australia with Andy and the head coach a year out from the tour. We’ll spend four weeks over there taking a detailed look at what the plans are.

“Once the head coach is on board, he then builds his own team. Once they’re all in place, I will then speak to them. Nine times out of 10 these people are involved with international teams so I’ll ask them what they need, we’ll meet those needs and then, at some point, we’ll take them all out to Australia. All the heads of department and the head coach – who’ll take the lead obviously – will go over there and we’ll look at how we’re going to make the camp work.

“For every venue we’ve got a number of key questions that have got to be asked because Australia is such a diverse place. You can fit 33 United Kingdoms into the land mass of Australia so that gives you an idea of the enormous logistical challenge ahead of us.”

Guy Richardson (far left) has previous experience with the Lions

The sheer size of the host country and the enormity of a Lions tour on the global calendar means that for both Richardson and the Lions, getting things sorted early is absolutely essential.

Leaving things to the last minute simply isn’t an option as the ex- Army Major attempts to give Britain and Ireland’s elite the best possible chance of beating the Wallabies by ensuring their focus is solely on performing on the field rather than worrying about anything off it.

“The principles are founded on early reconnaissance,” added Richardson.

“With my previous job being team manager for the Scotland team for six years, I’ve got a good rapport with most of the guys I needed to speak to and I knew most of them from the World Cup in 2007.

“From all that information, I then built a program. For example, when I went to Sydney I looked at in excess of 14 training venues. I want to present the head coach with different options. There are all these alternatives and it’s very important that Andy Irvine and I give the coach plenty of choice. You want the head coach to look at the shortlist and then see what he thinks.

“There are always advantages and disadvantages to all those options. You’ll never come across the perfect hotel for example. It either won’t have a swimming pool or it will be too far away from the stadium, or it might be close to the stadium but too far away from the training venue and so forth and so on. That was a very big recky and I was out there for seven weeks.

“The additional element with this tour is the Hong Kong piece. We’ll need five scrummaging machines: we’ll have one in Hong Kong, one in Perth, one back in the UK and two on the eastern seaboard of Australia. Then you’ve got tackle bags and so on. They’ve all got to get there and then you’ve got to move them around to make sure they’re in the right place at the right time.

“We’ve had to make sure we’ve got a very clear idea of the volume of kit we need and then make sure we use as much sea freight as possible. Sea freight takes up to a couple of months to arrive so you have to anticipate that and then link it in with the air freight. So it is a big challenge.”

Richardson isn’t ploughing a lone furrow Down Under, however, as experience tells him that building good relationships with the opposition is key to turning them over further down the line.

The Lions and Wallabies will be the fiercest of rivals in June and July of next year but their respective governing bodies are working closely together to ensure the best possible tour for everyone involved.

The recent fixtures announcement is one high-profile example of the need to get together as friends rather than foes, while political assistance and local knowledge also needs to be fostered if Richardson is to fulfil his goal of making the class of 2013 the best prepared Lions in history.

“There’s a lot of planning and discussion that goes on between the Australian Rugby Union and the Lions because we’ve got to be competitive and the ARU have got to help us in that.

“We appreciate the fact that we’re playing in Perth early in the tour. The ARU could have put Perth right in the middle of the schedule and that would have made it very difficult, not only for the players but also for the supporters who are following the tour. The fact that we play in Perth early on means that particular area of a huge country is done and we then move on towards the eastern seaboard.

“There’s also already been a lot of engagement with the Australian government and the embassies as it’s really important to have a relationship with these people.

“We’re dealing with Tourism Australia, too, finding out what they can do for us, and we’re speaking to experts on the ground because I’m no expert, I’m just trying to find all the information out.

“As I said earlier, we’re very comfortable with where we are in our planning but we’re very clear that the next year or so is going to pass very quickly.”