Ireland have named five uncapped players in a 32-man squad for their 6 Nations opener against Wales. [more] 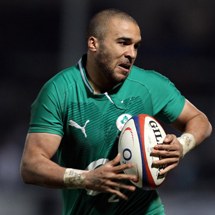 Ireland have named five uncapped players in a 32-man squad for their 6 Nations opener against Wales.

Leinster lock Leo Cullen is the only player from the initial 24 to be left out after he opted to have surgery on a troublesome Achilles.

Zebo and Kearney, who is the brother of Lions tourist Rob, were both try scorers for the Wolfhounds in Exeter but the second string’s other scorer, Thomas O’Leary, yet again misses out on a place in the squad as Kidney sticks with Eoin Reddan and Connor Murray as his scrum-half selections.

Munster full back Denis Hurley, Ulster duo Dan Tuohy and Chris Henry and Leinster back row Rhys Ruddock all join the squad at their base in Carton House in County Kildare but Kidney has chosen not to call up a third fly-half despite an injury worry over Jonathan Sexton.

Sexton hasn’t played since Leinster’s penultimate Heineken Cup group game with Glasgow a fortnight ago but Kidney appears satisfied that he will be fit in time to feature against the Welsh.

The final Ireland matchday 22 for Sunday’s game is due to be announced tomorrow.