Wood out of England tour

Northampton Saints flanker Tom Wood has ruled himself out of England's summer tour of South Africa as he aims to return to full fitness. [more] 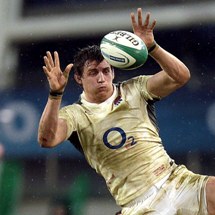 Northampton Saints flanker Tom Wood has ruled himself out of England’s summer tour of South Africa as he aims to return to full fitness.

The 25-year-old was missed the entire RBS 6 Nations due to a foot injury.

He returned to Aviva Premiership action in March but lasted just five games before he suffered a reoccurrence.

"Having not played any rugby in the tail end of the season and not being fit to put my best foot forward for the Saints I can't go on that tour with any run of form or fitness.

"So I don't think that's a wise move at this stage and the lads have been going very well without me so I wish them the best of luck."

Wood, a potential Lion next year, was a front-runner to be named as England captain after Lewis Moody stepped down following the World Cup.

But he has not featured for the Red Rose since the group stage 67-3 victory over Romania at the global tournament last year.

England face the Lions last opponents during a three-Test tour in June.