England's Manu Tuilagi is free to tour South Africa after his citing was dismissed. [more] 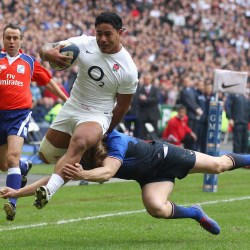 England’s Manu Tuilagi is free to tour South Africa after his citing was dismissed.

The Leicester star faced a disciplinary hearing after being cited for a 'tip tackle' on Harlequins' scrum-half Danny Care during Saturday's Premiership final.

That cast doubt on the centre's involvement on the three-Test tour of South Africa but following a two-hour hearing Tuilagi was cleared.

"An RFU disciplinary panel of Christopher Quinlan QC (chair), Dan White and Nick Dark was not satisfied on the balance of probabilities that the referee was wrong in not sending the player off for a tackle on Harlequins' Danny Care during the Aviva Premiership final between the teams on May 26.

"Tuilagi is therefore free to continue playing and will fly out to South Africa with the England squad tomorrow (Wednesday) evening."

Had Tuilagi been found guilty of a 'tip tackle', he could have been slapped with a suspension ranging from two weeks for a 'low-end' to 10 weeks or more for those considered to be in the 'top-end' category

The powerful centre will jet to South Africa tonight and is expected to play a major role in England's series with the Springboks.