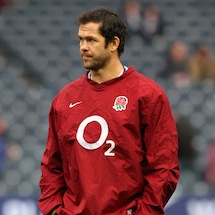 The former dual-code international was part of Stuart Lancaster’s interim back room staff throughout the Six Nations and helped England to second place.

He returned to his role as an assistant coach at Saracens and initially turned down the Red Rose.

But after resigning from the English club earlier this month, Farrell has penned a long-term deal.

“I loved every minute of coaching England and working with Stuart (Lancaster) and Graham (Rowntree) and this group of players in the Six Nations and to get the opportunity to do it permanently is a dream,” said Farrell.

“I have watched England in South Africa and I am massively excited about the potential that was clearly evident in the three Tests and midweek matches.

“I had seven very special years with Saracens and the club will always have a fond place in my heart. I am grateful for the help they have given me as a player and a coach and I wish everyone involved the best in the future."

Farrell’s contract at Twickenham will take him through to the 2015 World Cup, which will be held in England.

Head coach Stuart Lancaster was pleased to finally get his man and hopes to continue the recent revival of English form.

“I am delighted that we have got Andy on board,” said Lancaster.

“He is a special coach and an individual and the way this team has developed is a testament to the foundations that we laid in the Six Nations.

"Andy, Graham and myself work well together and I am looking forward to carrying on that close relationship over the next three-and-a-half years as we build towards a home World Cup.

"I will continue to review the make-up of the coaching team over the next few weeks to ensure that England has the best structure and personnel.”