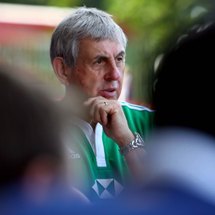 The five-times Lions coach has joined the RFU Championship outfit as executive director at the start of a season in which he will enjoy an ambassadorial role with Britain and Ireland’s elite.

McGeechan was heavily involved with the playing side of things in his post as director of rugby at Bath until May of this year but his new position will see him branch out into business affairs as Leeds look to plot a sustainable future following their relegation from the Premiership just over a year ago.

"It's a new challenge for me and something I'm looking forward to," McGeechan, who represented the Headingley club on the 1974 and 1977 Lions tours, told Sky Sports.

"It's back to my old club really. I'm trying to help not just on the rugby side but on the business side and head up the Club in trying to take it forward as a business and rugby organisation.

"I'll be helping mentor the coaches and just looking at the rugby structures on the one hand and working with my old friend John Bentley (a 1997 Lion) and others in the marketing department in how we develop the club as a business.

"I'll be trying to make sure we have a really strong base from a lot of talent in Yorkshire and particularly through the academy, which has been successful.

"We know what the challenge is and we know we've got to try and develop that financial base which means we can be consistent as a business. It’s a problem for rugby union at the moment – money does go in from individuals.

"(CEO) Gary Hetherington has put a very good strategy together and that's what impressed me more than anything, working with sponsors and businesses in Yorkshire – an area that has got tremendous sporting talent.

"I'm an ambassador for the Lions so will have some involvement with them. The role here is part-time so I do have other things that I'll still be involved in. I'll be coming back here now – this is where I want to put a lot of my time and energy in."