Ewen McKenzie looks set to carry on in the head coach role at the Reds next season despite initial reports suggesting he was about to move upstairs. [more] 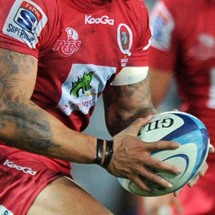 Ewen McKenzie looks set to carry on in the head coach role at the Reds next season despite initial reports suggesting he was about to move upstairs.

McKenzie was thought to be ready to switch to a director of coaching role for the start of the 2013 season, with Richard Graham due to become head coach at the Suncorp Stadium side.

Former Reds full back Graham left the Force in controversial circumstances back in April after agreeing a return to Queensland and it was widely reported that he would be the main man in terms of on-field coaching in Brisbane.

But the Reds now appear to be backtracking on that suggestion, with McKenzie insisting that he will carry on as normal while Graham learns the ropes.

"I will still be travelling to all the games and doing all the game-day things. Nothing much will change," said McKenzie, who led the Reds to Super 15 glory last season and is favourite to succeed Wallaby boss Robbie Deans at the end of 2013.

"We need to bring Richard up to speed on what this organisation is all about. Next year will be about him learning how we do business.

"A few titles have changed, but my role will be the same. I've been here for three years now. I'm sure we will modify a few things, but I am still coach.

"There's no confusion for us – people just assumed a few things."

The Reds will be looking for a famous win when they face Britain and Ireland’s elite in the third game of the 2013 Lions tour but their defence of their Super Rugby crown came to a disappointing end on Saturday as they were beaten in the first round of the knockout stages.

Having secured the Australian conference title ahead of the Brumbies on the final day of the regular season, the Reds lost 30-17 to the Sharks on home soil.

"It's been a really good effort from where we were from round four to where we are now.

"It's just disappointing to leave the fans disappointed as well. I'm proud of our performances, particularly here at home – we left it just a little bit short."