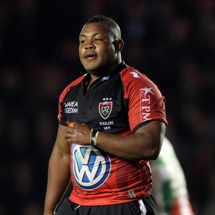 French website Rugbyrama is claiming that Toulon flanker Armitage, who won the last of his five England caps in Italy in 2010, is understood to have given an abnormal result for the painkiller doliprane codeine.

However, there is little suggestion that Armitage was seeking a performance enhancing advantage as the product can be taken as a therapeutic treatment if accompanied by written medical authorisation.

The former London Irish openside failed to provide the necessary medical notes and has therefore been provisionally suspended prior to an appearance before the French Rugby Federation's anti-doping commission on August 21.

The report, which is likely to be published in part in Friday’s edition of the French sports newspaper Midi Olympique, says the test took place after Toulon’s Top 14 Final defeat to Toulouse on June 9, with Armitage suffering from back pain at the time.

Armitage missed out on a place in England’s EPS squad for the forthcoming international campaign despite being named the Top 14’s player of the season last term.

The 26-year-old was in outstanding form in his first season in France but his decision to ply his trade outside the Aviva Premiership seems to have counted against him as we head into Lions Year.