England prop Alex Corbisiero says watching the London Olympics has made him even more determined to taste World Cup glory in 2015. [more] 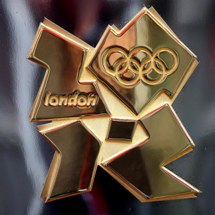 England prop Alex Corbisiero says watching the London Olympics has made him even more determined to taste World Cup glory in 2015.

The support received by all the Team GB athletes on home soil has been a standout factor for the 23-year-old who hopes to experience a similar sensation when England host the next global gathering in three years’ time.

England are currently in confident mood after a second-place finish in the Six Nations and a draw in the final Test of their summer tour of South Africa and Corbisiero believes World Cup glory could be within their grasp, especially given the manner in which the enthusiasm of the local crowds has helped spur on our athletes to medal success this summer.

"The athletes have been outstanding and the crowds have carried them on. You can see the athletes are bolstered by it," Corbisiero told RFU TV.

"I can't even imagine what that must feel like but hopefully I'll be able to achieve that in 2015.

"Our ultimate goal is to win a World Cup in our own country and we've got a great squad and a great Saxons squad with a ton a talent to come through and bolster us further.

"We've got a long road ahead of us but there is something bright to look forward to when you see the experiences people are having at the London Olympics."

England are currently on a three-day training camp at Loughborough University, with both the EPS and Saxons squads working together as Stuart Lancaster and co build towards the autumn internationals against Fiji, Australia, South Africa and New Zealand.

Corbisiero is still nursing the knee injury that ended his summer tour but just being back in camp has already been a positive experience for the American-born forward.

Much has been made of the team spirit Lancaster has instilled in his short time in charge and Corbisiero is convinced England will continue to get stronger, both on and off the field.

"It's brilliant to have everyone here together, getting us all on the same page," added Corbisiero, who hopes to return to action in October.

"Guys like myself and Chris Robshaw are not training fully but we're here and all want to be on the journey to 2015 and beyond.

"We’re all touching base again, reviewing what we did in South Africa, what went well, what didn’t go well, and then laying the building blocks to progress further towards when we meet up in the autumn.