Jamie Roberts is edging closer to a return to rugby following an impressive pre-season. [more] 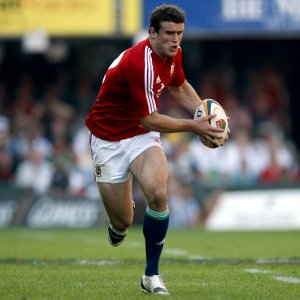 Jamie Roberts is edging closer to a return to rugby following an impressive pre-season.

Roberts missed Wales' tour of Australia as a result but is making good progress in training with Cardiff Blues.

And their new director of rugby Phil Davies has hailed Roberts' hard work and reckons he is fitter than ever.

"Jamie is getting closer," said Davies.

"I don't think I've seen him looking as fit as he looks now. He looks in magnificent shape to be fair.

"He should be back playing by the middle of September. He trained with the team for the first time this week. It was limited involvement, but it was really good to see him out there.

"He's coming on like a bomb. We are very pleased. He has worked really hard.

"He has been in and around the group all summer, doing his rehab.

"When we've looked at developing our culture and different bits and pieces like that he's been involved. It's been good."

While Roberts still has some time to wait on the sidelines it is a major boost, with Wales' autumn series, Six Nations and a Lions tour on the horizon.

But the Blues' other Grand Slam stars, including 2009 Lion Leigh Halfpenny, are in line to return to action against Bath on Saturday.

The international contingent have sat out the region's previous pre-season friendlies but Halfpenny, Alex Cuthbert, Bradley Davies, Sam Warburton and Lloyd Williams are all set to return at the Rec.