Greig Laidlaw and Michael Bradley both believe club form is the key to securing a Lions spot. [more] 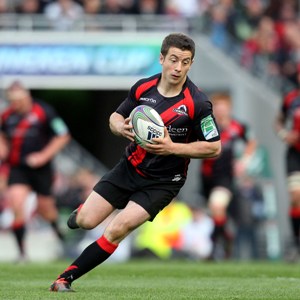 Greig Laidlaw and Michael Bradley both believe club form is the key to securing a Lions spot.

The Edinburgh captain and coach insist performing week in, week out should be the first thing players think about, even if representing Britain and Ireland’s elite will already be at the back of their minds.

“The players know you can’t get on the Lions tour without playing well for your club,” said Bradley, who led Edinburgh to the Heineken Cup semi-finals last season.

“The Lions is a long, long way away. If you’re lucky enough to be picked for the international set up, that’s the next step and then you can potentially start thinking ‘right, there’s three of other frontline guys who are competing for my position’.”

Laidlaw enjoyed a breakthrough season last time out, making his first Scotland start in the Six Nations clash with Wales before guiding his country to three successive wins on the summer tour of Australia, Fiji and Samoa.

The 26-year-old is set to retain the fly-half jersey for the November Tests and could well be pushing for a Lions squad place next spring.

“It’s about getting in and playing well for Edinburgh first and foremost and then hopefully being selected for Scotland, having a good autumn series and Six Nations and it all comes after that,” added Laidlaw.

“It’ll be in every player’s head going into the season though, there’s no doubt about that.”

As for Edinburgh and Scottish rugby in general, Bradley believes there are plenty of reasons to be cheerful ahead of the new season.

Scotland may have struggled in the Six Nations while Edinburgh were failing to hit their peak in the PRO12, but the nation’s summer success coupled with the capital city side’s surge to the final four in Europe and Glasgow’s semi-final showing in the RaboDirect have left a real air of positivity up north.

“There’s a lot of confidence in the Edinburgh side that wasn’t there last year about where we can go with this group of players,” continued Bradley.

“You just have to look at the facts: we could have won the Heineken Cup semi-final last year and then you’re in a final.

“Added to that, there’s a number of players who were over on the summer tour with Scotland and that leaves a feel-good factor that we have to tap into.

“I think Edinburgh Rugby, and Glasgow and Scottish Rugby in general, have underachieved. The environment wasn’t necessarily as encouraging as it should have been and the belief wasn’t there.

“It’s also a generational thing – I think the number of young players coming through at this time will raise the standards by putting pressure on the established internationals already there.

“It’s a good time to be involved in rugby in Scotland.”