There are still 34 players who were involved in the 2009 British & Irish Lions tour to South Africa playing in top-flight rugby. [more] 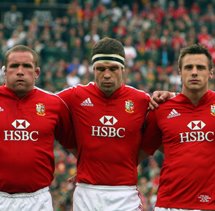 There are still 34 players who were involved in the 2009 British & Irish Lions tour to South Africa playing in top-flight rugby.

With the new season officially kicking-off in the four Home Unions this weekend, the countdown to the 2013 Lions tour to Australia begins in earnest for the players.

Alun Wyn Jones, a Test lock in South Africa, will lead the RaboDirect PRO12 champions the Ospreys into action in Italy against Benetton Treviso on Friday night, while England skipper Chris Robshaw will lead English champions Harlequins into battle against arch-rivals London Wasps in the Aviva Premiership double header at Twickenham.

Former Lions star Gregor Townsend has taken over as head coach at Glasgow Warriors this season and has assembled a strong squad under former Scottish skipper Al Kellock, while another former Lion, Neil Back, has been recruited as forwards coach at much improved Edinburgh.

But it won’t just be in England, Ireland, Scotland and Wales that the Lions Head Coach will be checking out players. There are a host of 2013 candidates playing in the Top 14 in France. They began their season two weeks ago and here is a team worth watching out for:

Whoever you support, have a great season, and remember there is only one team to back next summer – the 2013 British & Irish Lions!