Danny Cipriani's outside hopes of a Lions spot shouldn't be written off despite a disappointing return according to Sale boss Bryan Redpath. [more] 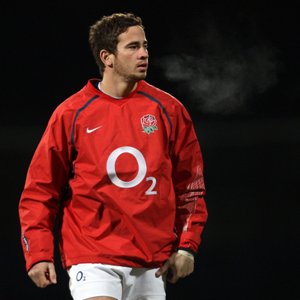 Danny Cipriani’s outside hopes of a Lions spot shouldn’t be written off despite a disappointing return according to Sale boss Bryan Redpath.

Cipriani has admitted he would love the chance to wear the famous red jersey in Australia next summer, especially as he spent the last two years plying his trade Down Under.

But the fly-half once dubbed the future of English rugby had no chance to show his class on his first Premiership appearance since 2010 as his new side were thrashed 43-6 by Exeter.

Cipriani, who hasn’t played for England in close to four years after leaving London Wasps for Melbourne Rebels, came off the bench after half an hour at Sandy Park but could do nothing to stop the Sharks from being battered up front.

“Danny didn’t really have a chance. Danny’s game is about getting possession on the front foot and we didn’t get any of that,” said Redpath.

“He had nothing to play off. He’s a talented player but there was nothing there for us to hang our hat on.

“Everyone will want to talk about him but we had no control over our own destiny.

“We gave away 10 set pieces and they scored off three of them. We had 17 knock ons or losses of possession and we didn’t make it too hard from them. You can’t compete in the Premiership like that.

“We made it very easy for Exeter to put us under pressure and score points. Exeter are a momentum side and we gave them all the momentum by not controlling our own ball

“It wasn’t down to any individual – as a collective unit we weren’t good enough and we got what we deserved. No one put a marker down to say ‘I should be a starting player’.”

News
Previous story Come in No 14
Next story Warren Gatland: the factfile