The Lions have appointed Wales' national coach Warren Gatland as head coach for the 2013 tour to Australia. [more] 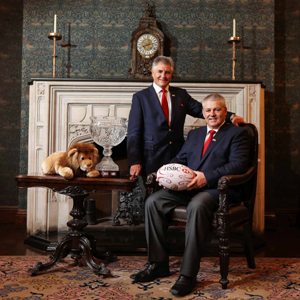 The Lions have appointed Wales’ national coach Warren Gatland as head coach for the 2013 tour to Australia.

The Tour represents the 125 year anniversary of the Lions’ proud touring heritage and traditions, and it is eagerly awaited by rugby fans across Britain and Ireland. Gatland will take up the post immediately to commence detailed Tour planning in association with Tour Manager, Andy Irvine, and senior Tour management personnel.

The Tour comprises 10 matches and kicks off in Hong Kong against the Barbarians on June 1. The Lions will then proceed to Australia to play nine matches including three Test matches against the Qantas Wallabies in Brisbane, Melbourne and Sydney.

Commenting on the appointment Lions Tour Manager, Andy Irvine, declared, “It has been no secret that after the initial selection process Warren was our preferred candidate. However, his unfortunate accident earlier this year in New Zealand during the selection process did delay the appointment. We naturally had to ensure he would be fit to take up the post. Those concerns have now been addressed and The Lions Board is delighted that Warren will lead the Tour to Australia next year.

“Warren has an outstanding record as a coach and has been fully embedded in rugby in the UK and Ireland since 1989. His achievements include steering Wasps to English and European club success and more recently he has overseen Wales to two Grand Slam titles and a semi-final at the 2011 Rugby World Cup.”

“Importantly he was one of Ian McGeehan’s specialist coaches on the 2009 Lions Tour to South Africa so has an intimate knowledge of The Lions, the challenges they face and the processes that need to be put in place to ensure the squad has every chance of being successful”, added Irvine.

Commenting on his appointment Gatland said, “I am really honoured to have been asked to take the position of head coach for the 2013 British & Irish Lions Tour to Australia. I really enjoyed the experience as one of the assistant coaches in 2009 and since then have harboured the ambition to lead the Tour to Australia next year.”

“There is no question it will be one hell of a challenge. Playing in the southern hemisphere is one of rugby’s hardest challenges. The Lions came close in South Africa and our ambition is to win the series in 2013, and I believe we have the players to do that.”

“Over the coming months I will give careful consideration to the make-up of my coaching staff and of course the playing squad itself.  A Lions Tour is unique, it is the ultimate career pinnacle for coaches and players. I want to ensure that we get the Tour environment right so that we are hugely competitive and that our fans are proud of their team”, added Gatland.

The Group Chief Executive of the WRU, Roger Lewis, said: “The Welsh Rugby Union is proud to support The British & Irish Lions and recognises the importance of contributing our playing and coaching talent to the cause. Warren has proved his credentials by coaching Wales to Grand Slam victories in two tournaments. I am certain he will now give his all to The Lions as Head Coach and I want to congratulate Warren for this fantastic achievement.”

“He will be released from Wales duty for a substantial portion of the rugby year ahead, but it is testimony to the backroom team he has nurtured and put in place, that we can accommodate his release,” added Lewis.