Warren Gatland is the man chosen to lead the Lions Down Under. Here's a brief run down on his stellar career to date... [more] 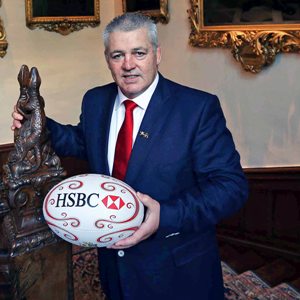 Warren Gatland is the man chosen to lead the Lions Down Under. Here’s a brief run down on his stellar career to date…

The former New Zealand hooker made his All Blacks debut against Western Australia in Perth and played 17 times for his country without playing in a Test. He captained and made 140 appearances for Waikato, including a 38 -10 win over the 1993 British & Irish Lions and a triumph against Wales in 1988.

Appointed as the 20th Welsh national coach on 9 November, 2007, and in just over four months guided Wales to the 2008 RBS 6 Nations Champions title and the nation’s 10th Grand Slam. Followed that up with Wales’ 11th Grand Slam in 2012.

In addition to the five victories in the 2008 championship, he guided Wales to victory over Australia in the 2008 Autumn Series.

He was forwards coach on the 2009 British & Irish Lions tour to South Africa and was joined in the coaching team by current Welsh colleagues Shaun Edwards, Rob Howley and Neil Jenkins.

He coached Wales to the 2011 Rugby World Cup semi-finals, Wales beating Ireland 22-10 in their quarter-final in Wellington before losing 9-8 to France in the Auckland semi-finals.