New Lions coach Warren Gatland insists it's far too early to even think about announcing who will captain the Lions Down Under next summer. [more] 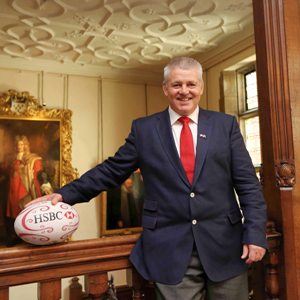 New Lions coach Warren Gatland insists it’s far too early to even think about announcing who will captain the Lions Down Under next summer.

Gatland’s appointment as head coach was the latest piece in the jigsaw as the Lions look for a first series success since 1997 but talk of a stand-out favourite for the skipper’s role was quickly dismissed by the Kiwi.

Sam Warburton has been installed as the bookies’ choice for the coveted slot having led Gatland’s Wales to Grand Slam glory last season but there are a whole host of other contenders in the running.

And while Gatland was more than happy to list a few possibles or probables, he is acutely aware that so much can change in the next nine months.

“It’s too early to speculate about the captain,” said Gatland.

“You’ve got to see what happens in terms of performances, success and form. It’s a difficult thing and there’s a lot of competition.

“One of the things about picking a Lions captain is that he has to guarantee selection in the side. We’re all aware that there have been Lions captains in the past who perhaps weren’t the best player in their position.”

Gatland may not have given too much away when it comes to his right-hand man on the playing staff but he was very open about the size of the squad he intends to take to Hong Kong and Australia.

Striking the right chord between selecting enough players to ensure Britain and Ireland’s elite are never caught short and giving all his squad valuable game time will be Gatland’s priority but he has no intention of mirroring the extended contingent Sir Clive Woodward took to New Zealand seven years ago.

“I’ve got a ball-park figure in mind. I’m trying to stay in the low-to-mid 30s, or around about there,” added Gatland.

“It’s important that everyone gets an opportunity to start a game in the first three games. That’s something we would like to continue with.

“You ideally want players to play a number of games, so it’s about finding the balance between having enough depth to cover injuries and not having too many players who aren’t involved for a couple of weeks or spend too long sitting on the sidelines.

“You want players to feel like they’ve got an opportunity.”

Gatland is currently in France sounding out a number of potential Lions based in the Top14 or PRO D2 but he received some bad news earlier today when Toulon coach Bernard Laporte insisted the likes of Gethin Jenkins, Andrew Sheridan, Steffon Armitage, Jonny Wilkinson and Simon Shaw wouldn’t be released early if Toulon make the French Championship Final on June 1.

The Lions are due to kick off their 10-match tour against the Barbarians in Hong Kong on the same day and Gatland has already spoken of his desire to have as many of his squad as possible in camp prior to departure.

“The international window begins on the weekend of June 9. Everything that happens before that is outside of the window. As far as freeing up Gethin, in principle, it’s a no,” said Laporte, whose men were beaten by Toulouse in last season’s Top 14 showdown.

“If he plays in the final, he will leave the day after, on Sunday June 2, but not before.

“We won’t pay a player who has to go and play for the Lions at the most important time of our season. There is no specific clause in his contract about it.”

For Gatland’s thoughts on his French trip, just click here