Two of Australia's greatest players are promoting polar opposite opinions on the future of Wallaby boss Robbie Deans. [more] 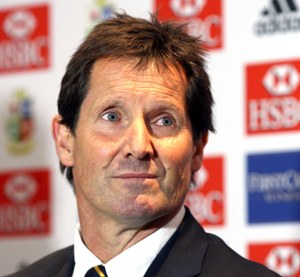 Two of Australia’s greatest players are promoting polar opposite opinions on the future of Wallaby boss Robbie Deans.

David Campese and George Gregan tasted World Cup glory with the Wallabies in 1991 and 1999 respectively but the pair are divided on how their countrymen can return to the summit of the global game.

Campese, who has become known for his outspoken attitude since retiring as one of the best wingers the world has ever seen, is convinced Deans needs to fall on his sword, while Gregan feels the Kiwi should be given more time to prove his worth.

“The Wallabies got beaten 22-0 by the All Blacks, yet the coach is still there. Would any other country allow this to happen? It’s not good enough,” said Campese.

“Deans mightn’t be a bad coach, but he’s not the right fit for the Wallabies. He doesn’t seem to understand the Australian style of rugby.

“It’s pretty apparent that the players don’t like playing under him, which is why they are losing so regularly. And the team is going nowhere: they have no game-plan, no obvious style of rugby, and there’s no real energy or passion in anything they’re doing.

“I could go on forever, and sometimes I do feel like a broken record, but surely my opinions cannot be far off what the public is thinking and feeling?”

Australiasaw off South Africa in Perth on Saturday to put their All Black woes behind them for a week at least and Gregan feels there is no reason to panic in the lead up to the Lions tour.

Victory over Argentina on the Gold Coast this coming weekend and similar results against the Boks and Pumas on foreign soil would leave a very different taste in the mouth by the time New Zealand are next on the agenda in October.

“Deans is the man for the job at the present time,” Gregan, who played a crucial role in the 2001 series success against the Lions, told the Western Mail.

“It would be silly to make any changes now. The mystery of sport is you don’t know what’s going to happen next week.

“Win their next four Test matches and the Wallabies are in a good position.

“The All Blacks are world champions and Australia were playing a good team.

“The Wallabies don’t play New Zealand again until October 20 so there’s a lot to play for and be judged on. They will be concentrating on that.”